Kgola Family and Homes of Love

The Kgola family and Homes of Love for Orphans

Maria joined as an intercessor, and eventually grew into a leadership position and became like a mother to many at the KC. 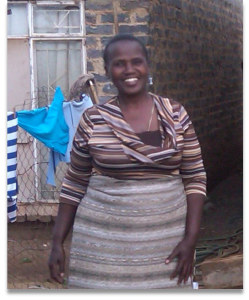 With a heart of gold and a smile like Jesus, she served faithfully as servant and warrior of Jesus.

At home, Maria looked after orphans that she adopted. She shared her shack with her daughter, Julia, and 3 orphans, Neo, Nthabiseng, and Princess.

What a wonderful day it was when she testified of Gods goodness; she had been granted a (RDP) house, which is a simple house that the government gave her. If anyone deserved one, it was her.

However, the battle has been extreme in Orange Farm, with Maria and our 3 other leaders at the front lines.

Maria was often awake at night interceding for the lost and dying in Orange Farm. These night vigils are when the local sangomas (traditional witch doctors) are most active.

The warfare was intense and very tough over a number of years.

She would frequently share with us the things God showed her, the revelation, the travelling and warfare she did in the spirit, and the powerful results.

The battle was not without price though.

Eventually in 2012, Maria became sick. What doctors diagnosed as cancer, we could also recognize as witchcraft. The attack was specifically on her, on her life.

She was taken to hospital in Potchefstroom, where during our visit she would tell us of the witchcraft that was coming against her, even seeing the snakes around her bed with her eyes open.

She fought for her life like a true warrior, but it is with deep sadness that we learned that we had lost her. She graduated to heaven, leaving behind her daughter, and the orphans she was taking care of.

Along with her sister Aletta, who also was one of the leaders at OFKC, we visited the funeral home and tried to raise her from the dead. We truly believe her job is not done, and that she was stolen.

As we prayed, God showed us Maria in heaven…and what a joyous place to be. To be in heaven, having lived all your life in extreme poverty, some days not even knowing where your next meal will come from, must be truly exhilarating.

After our unsuccessful attempt at the funeral home, that Saturday we attended the funeral where Warren, as her spiritual father, was invited to speak.

Again we took this opportunity to not only encourage the family and other pastors and intercessors in Orange Farm to pray for her to be raised, we prayed for her again to be raised from the dead.

Still our faith was not sufficient, and Maria is in heaven. After a dream that God gave Mirjam, we do believe Maria can still come back, and can still finish her job in Orange Farm.

All this to say, God is not finished with Orange Farm!

The vision goes far beyond just the Kgola family. There are many orphans in Orange Farm that God wants to redeem and nurture.

How the work in Orange Farm started

In April 1999 when God started OFKC, it started with children who wanted to learn how to pray, every night.

One of the workers in the business that Warren was discipling was leading these little warriors in prayer and teaching every night. After each session of prayer they would go out into the streets from home to home to heal the sick and tell people about Jesus.

This grew until we had more than forty children gathering and praying every day. In these first few years we saw many healings and miracles done through the faith, prayer and hands of these mighty little warriors.

This work all started with prayer and fasting for revival in South Africa.

A very costly seed was planted.

One of the visions Father gave us, was homes of love.

Homes of Love where orphans can be nurtured safely with love and dignity.

Homes of love are homes where there will be no more than 6 children, with a mother, or parents, looking after them.  Based in the community, they will not function as an orphanage, but as a proper home. This is important so they will not carry the stigma or issues of orphanages.

We desire to honour Maria Kgola, her children, and the children of Orange Farm by continuing with this journey.

As a ministry we would like to raise up donors who would sponsor a child, or even a home.

The leaders, or parents, of each home would be discipled and coached in raising up Godly children. We would like to see many orphans given a chance of having a home of love.

Hence this introduction to the Kgola Family 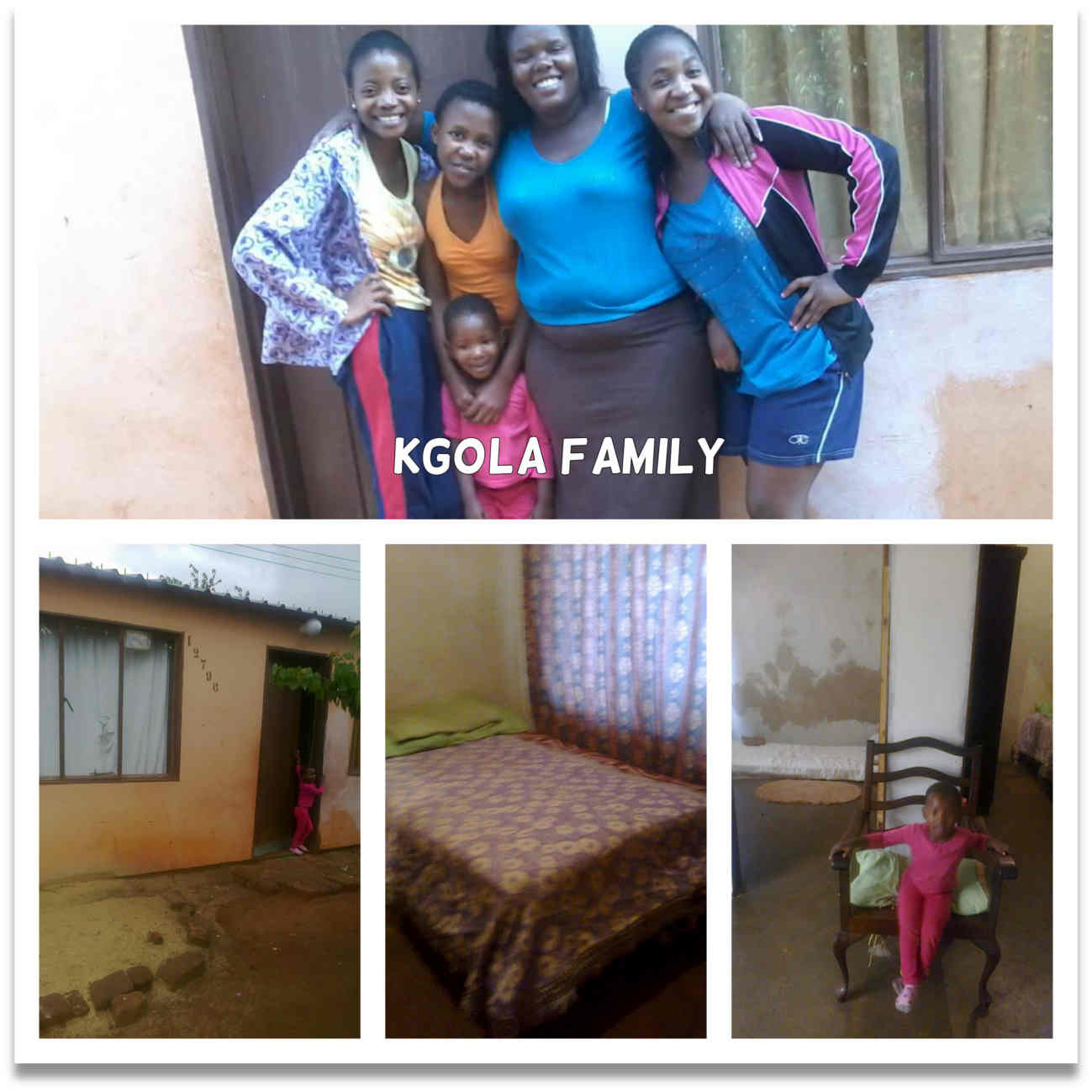 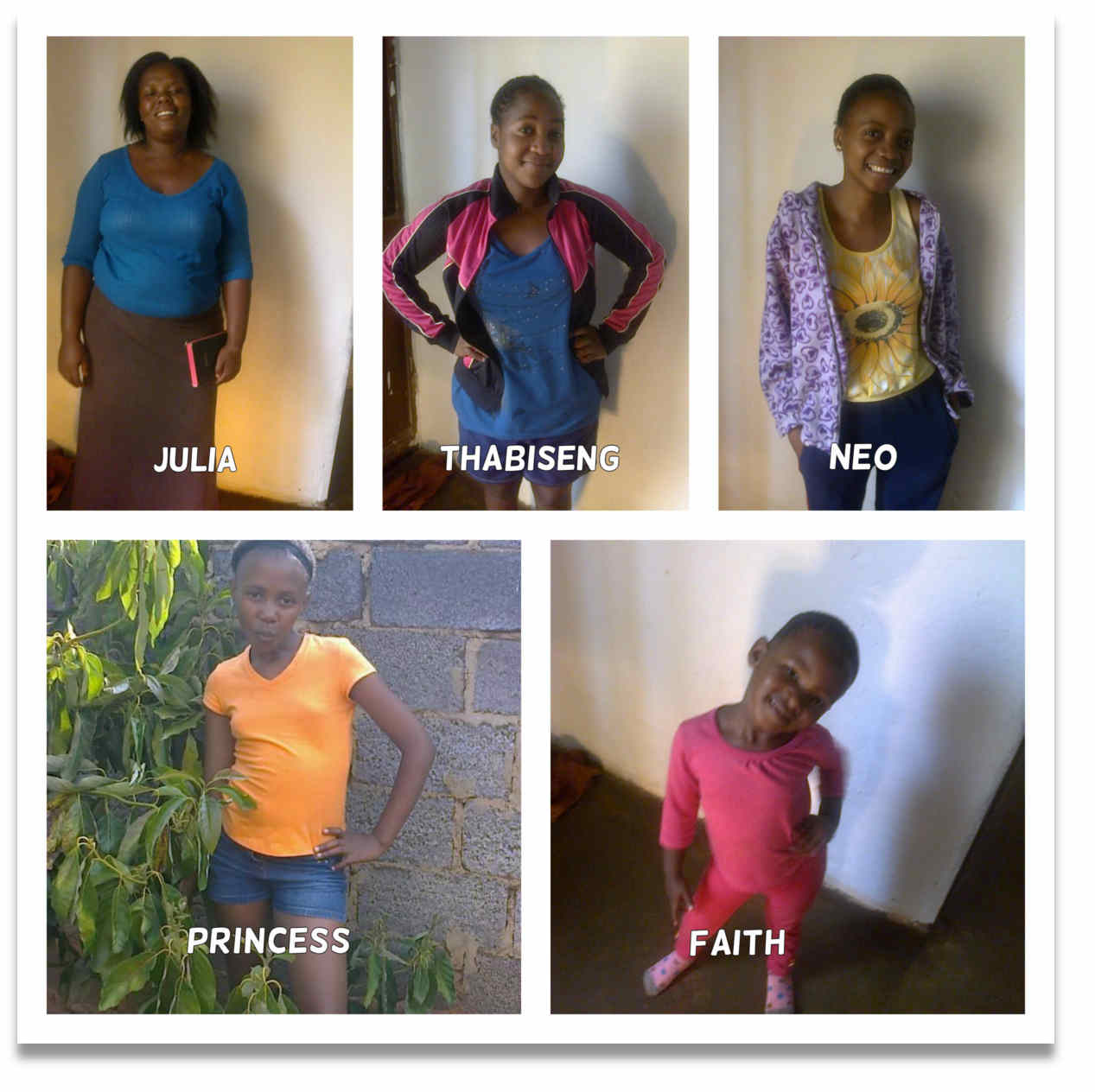 Father’s Heart has helped care for the Kgola family before this tragedy, but even more so now.

We are now looking for donors to partner with us in order to take care of these orphans, and many, many more.

Three ways to give:

If you wanted to donate time by helping in some way through serving and visiting with the children that would be awesome.

You can donate via Paypal or EFT transfer which will be given directly to the home for use for their daily needs.

Click the button below safely donate via Paypal. If you you use Paypal you can also use Visa, Master and American Express Cards.

Thank you for reading and sharing this with friends. We pray a blessing over each of you, as you stand with us for revival in Orange Farm!