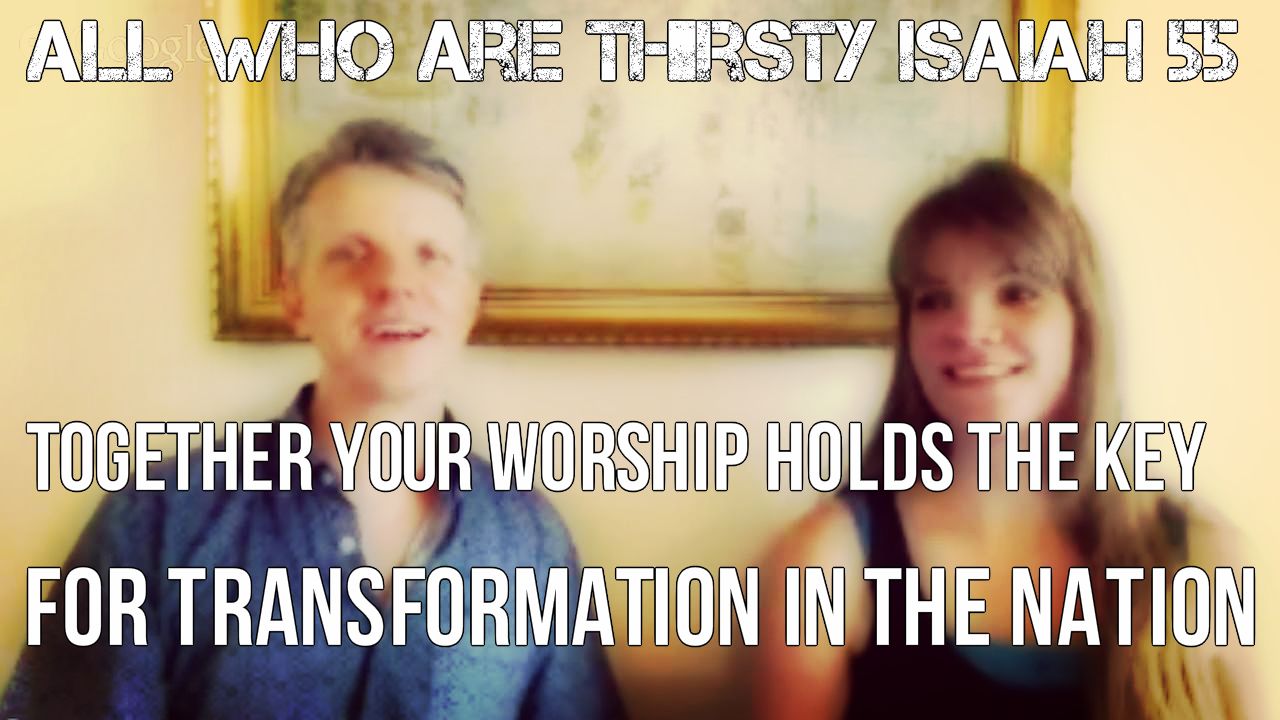 Together Your Worship Holds The Key For Transformation In The Nation

Once again the Lord has encouraged us to keep on standing. No matter where you are just keep standing He faithful to perform His word.

Father gave us some powerful words in our time of divine encounter.

Gift or repentance released over our loved ones

I saw the Lord release repentance that came over those people we are standing for their salvation. Repentance was released like a heavy weight that caused the resistance to collapse.

The gift of repentance can be released through our prayers.

The key for transformation in the nation

We were worshiping God in a stadium. It felt like the worship we were doing is supporting the work of the Lord that is being done by the angels. The angels were big. They were busy with big puzzle pieces. The pieces were the nations.

They were putting the nations together.

There were two types of pieces – one for the nations and one for the blue print from heaven.

The pieces for the nations were been shifted into position

The blue prints are being released from heaven as we worship Him.

“Together your worship holds the key for transformation in the nation”

What is sad to me is that there are so few people really worshiping the Lord together.

We need to pray that the Lord awakens the worshipers which in turn releases the nation’s blue-print from heaven.

Saw huge locks on the borders. They were not just opened but broke open so they cannot be locked again.

I felt the Lord mention Cyrus – According Isaiah 45:1-3

“Thus says the Lord to His anointed,

To Cyrus, whose right hand I have held—

To subdue nations before him

And loose the armor of kings,

To open before him the double doors,

So that the gates will not be shut:

‘I will go before you

And make the crooked places straight;

I will break in pieces the gates of bronze

And cut the bars of iron.

3     I will give you the treasures of darkness

And hidden riches of secret places,

That you may know that I, the Lord,

Who call you by your name,

Am the God of Israel.

The unlocking was to allow something to come into these nations from heaven.

These locks were related to business and revival. He is unlocking kingdom trade and revival which will come through the gates.

Saw this all happening over Southern Africa (these are the SADC nations).

We were releasing these things from heaven, all through the worship.

If you have been held back then worship will open the double doors so the gates will not be shut for kingdom business which is ministry and business.

Saw tunnel in a tight place, the tunnel split can came into a wide place.

The Lord is taking us into a wider place in the near future. We are going into a corporate breakout.

Saw this shaft of light piercing the heavens and as we worshipped it got bigger. This was “open heaven’.

He and his wife are missionaries in Malawi involved in uplifting the poor through various business venture from honey to cheese production.

He saw a shaft of light come down from heaven. Jesus came down in this light. Sense of freedom in this light which lifted me up incredibly. I feel very encouraged by this encounter.

Jesus said, I am always there, it is true when you worship me my presence is easier to feel. But in the platform of your daily life it is important that you see me no matter where you are working during the day. I am there,  slow down and push back the pressure of the work,  recognise me and everything will be easier for you. My yoke is easier.

Saw the name of Jesus break the prison and the bars, like the jail break. He broke the walls the bars and chains.

He is going break the prison houses of the enemy!

She saw the temple mount –  the sons of Ishmael bowing down to Jeshua Hamashia. Saw the both Arabs and Jews worshipping the Lord.

Saw many dancing in the streets.

Saw the idols been sold in Ben Judah street were crushed. “For I am jealous God and there is none like me”.

There were more words and visions please watch the video to see get the full picture.

Over to you, do you have a fresh testimony of Jesus to share, we would love to hear it?