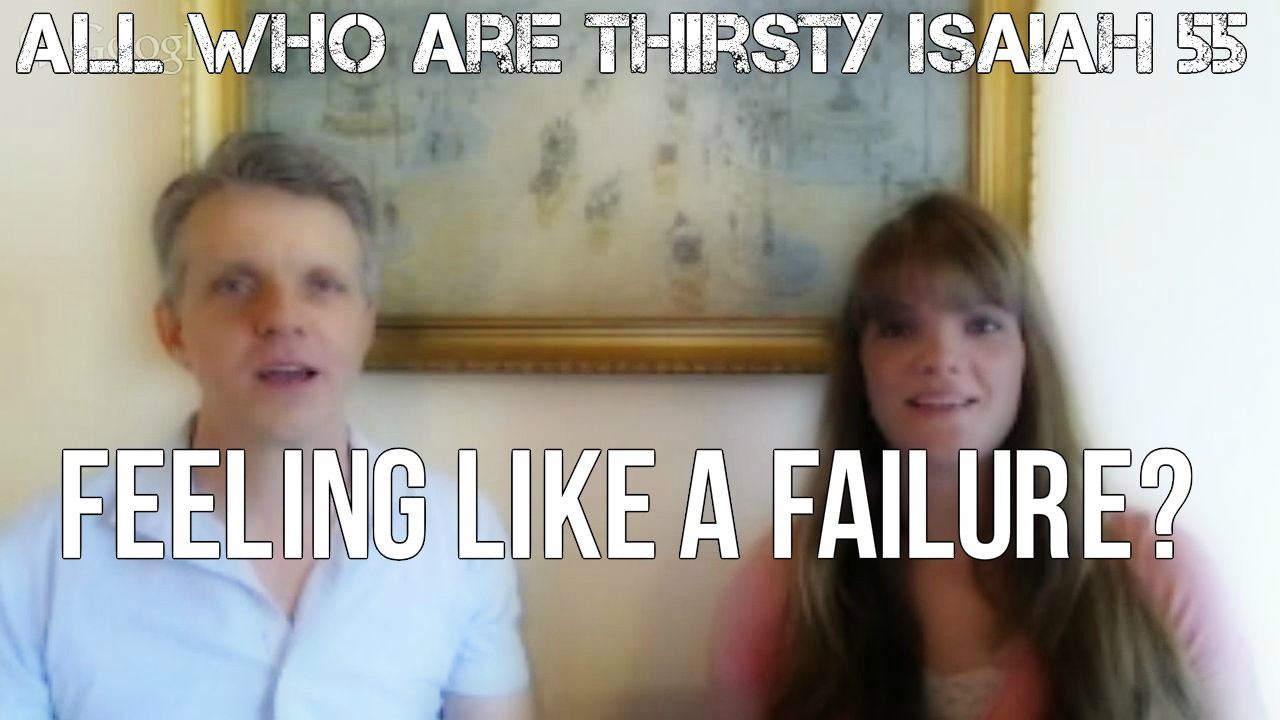 You have that distinct sinking feeling…

You feel that you just can’t cope with all the pressure.

If you can identify with these feelings and sometimes feeling you can’t keep up with the pressure any more, then you need to listen to the word Mirjam shares in this video, as the Lord clearly shows her the simple solution to these lying feelings.

Mirjam had a vision where she saw herself been called out onto the water.
In the moment that she felt she was sinking and failing Him. He revealed something to her that can change your life.

In that moment what needed to rise up in her, was in Him.

As she looked at Him and she knew that what she actually needed was Him.

As she looked at Him, it rose up within her.

She needed the faith to carry on walking on water.

Everything she needed at that moment she could see in Him. He had it all for her. It would only arise from within her as she looked at Him.

All we need to do is look at Him and keep on walking.

But when he saw that the wind was boisterous, he was afraid; and beginning to sink he cried out, saying, “Lord, save me!” 31 And immediately Jesus stretched out His hand and caught him, and said to him, “O you of little faith, why did you doubt?” Matthew 14:30-31

Part two of the vision.

I was talking (kind of complaining) to the Lord,

I feel so battle weary.

It shouldn’t have be so difficult to have children and have to fight for their lives.

He showed me, that He wants raise up parents into a position of authority understanding like lions calling forth the destinies of their children.

Many parents are raising up children who are called into the harvest divinely positioned in the end time army of the Lord.

There is no time to feel battle weary.

We need our children to fulfil their destinies as there is a whole generation He is raising up now.

They are like keys unlocking things the previous generations were unable to open up.

God is raising up children to break open major areas, like areas of finances and other big strongholds, to break chains over governments etc.

They are going to be world changers.

We should look at the Lord and stop sinking.

The roar of the Lord

There is a roar coming from mothers and fathers to call their children into their destinies.

All our feelings should line up with the word of God. If they do not line up then we need to just look at Him and ask Him to deliver us from these lying feelings.

He wants to renew your soul which includes your emotions, so we have His emotions. We need to rise above these lying feelings and be positioned to call forth this new generation.

We need to be walking as overcomers and living in the heavenly realm in order to birth and raise up this “world changer” generation. They will be keys in the hands of the Lord.

Over to you, have you been attacked with feelings of failure?

Suddenly Many Will Emerge Above The Ground – Webinar #37

You Have Come Full Circle – Webinar #36