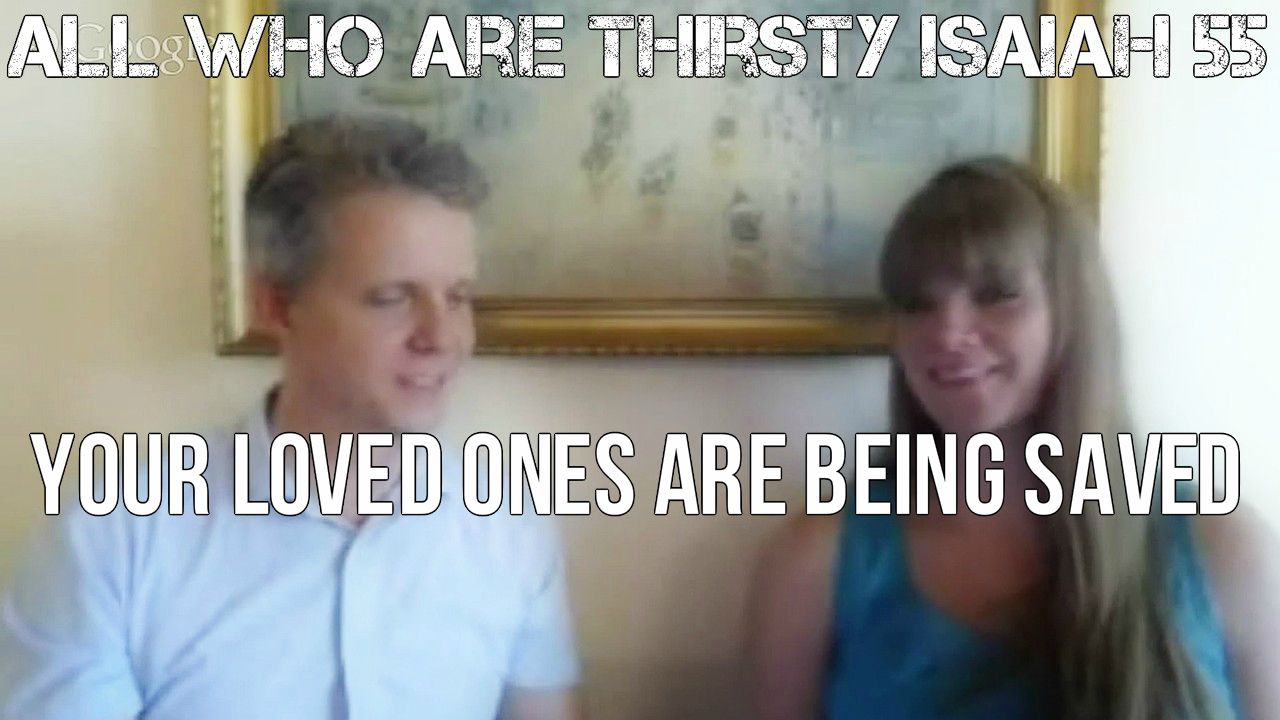 Your Loved Ones Are Being Saved

You are my stones. Every test is part of the refinement.

The silver represents redemption and is only refined when the silver smith sees his image in the silver. The Lord is coating us in redemption, we will  be covered with His redemption.

The song of the redeemed will be released.

The Spirit of Prophecy is the testimony of Jesus – we have found that each time we gather and give Him glory by allowing each person to share their testimony for the week of what the Lord has done, this is lays the foundation for His prophetic word in a meeting and actually takes the whole meeting to a whole new level.

Many times when the church gathers there is no time to share testimonies of Jesus.

We are His stones of testimony the living stones that prophecy of Jesus in our lives.

While in worship in our small group, I had a vision of us coming together in the centre of the room with our arms outstretched and our hands together, palms upwards  ( like one would cup water) .

As we placed our hands together with the other people’s hands, I saw what I believed to be oil poured into the waiting hands. Almost simultaneously fire was also poured out and the corporate hands held a flame that glowed brightly in our midst.

Koinonia, come together to get oil.

I sensed the Lords saying, “When you come together to seek my Kingdom, with none of your own agendas, there I will pour out my Spirit and fire.

“Then the kingdom of heaven shall be likened to ten virgins who took their lamps and went out to meet the bridegroom. “Now five of them were wise, and five [were] foolish. “Those who [were] foolish took their lamps and took no oil with them, “but the wise took oil in their vessels with their lamps. “But while the bridegroom was delayed, they all slumbered and slept. “And at midnight a cry was [heard:] ‘Behold, the bridegroom is coming; go out to meet him!’ “Then all those virgins arose and trimmed their lamps. “And the foolish said to the wise, ‘Give us [some] of your oil, for our lamps are going out.’ “But the wise answered, saying, ‘[No,] lest there should not be enough for us and you; but go rather to those who sell, and buy for yourselves.’ “And while they went to buy, the bridegroom came, and those who were ready went in with him to the wedding; and the door was shut. “Afterward the other virgins came also, saying, ‘Lord, Lord, open to us!’ “But he answered and said, ‘Assuredly, I say to you, I do not know you.’

When Jesus says “ I do not know you” He speaks of intimacy. The word “know” is also used in the context of husbands and wives “knowing” each other.

Coming together with open cupped hands, speaks of humility and being receptive to whatever our Lord wants. He is in charge, He is the Lord.  When we come together in corporate worship, simply to love the Lord and wait on Him to set  the agenda, He says He will pour out His Spirit and fire.

I have always experienced a much more powerful manifestation of the Lord’s presence in small gatherings of worshippers who simply love the Lord and wish to express it in worship. In larger church services, where a strict agenda of 2 or 3 praise songs and 3 worship songs followed by  the notices and sermon, do we rarely experience the intense fire of true corporate worship.

Your loved ones are being saved

Saw the years of years of prayers going towards the ankles of the loved one in the form a chain. This is an example of many.

There are people out there praying for someone for years.

God has heard every prayer and will answer it.

His answer is yes.

The tug of war is over. Last week the angels said it is won and it is done.

The Lord is dissolving the resistance with His love

The chains are made out of prayers.

These chains cannot be broken and resisted. Those for whom you have laboured for, will be saved if you don’t give up.

Listen to this awesome song the chains are broken watch the video at the end of this post.

The angels in Israel are connected with us in Africa

The division of holiness

The division of Protection

The division of Deliverance

The division of Revival

These are angels who are ready and waiting who have already been released.

There is an urgency its time its time

People will come in as time is short….

The angels in Israel are connected with us in Africa

These are angels who are ready and waiting who have already been released.

There is an urgency, its time, its time!

People will come in as time is short….

Saw Orange Farm Township, South of Soweto saw it from the sky.

Where we planted a church in 1999 saw the whole place absolutely chained up it was so bound up.

This is a place where God sent us to do Isaiah 61.

The Light is going to come and break those chains.

In drawing people Himself the peoples chains will be broken.

Jesus answered and said, “This voice did not come because of Me, but for your sake. 31 Now is the judgment of this world; now the ruler of this world will be cast out. 32 And I, if I am lifted up from the earth, will draw all peoples to Myself.” John 12:30-33

The Lord reminded me to the vision from last year where He showed me a staircase that came down from heaven and He said the way of escape.
He is now saying,

I saw the man from Gadarene’s bound with many chains and demon possessed.

There is power to break every chain awesome song

Over to you, do you have a fresh testimony of Jesus to share, we would love to hear it?

How to be fruitful and never stumble – Part One